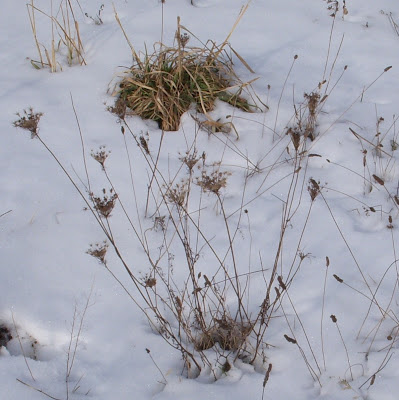 (Photo: Queen's Anne Lace, often called "bird's nest" during winter months as the remaining flower structure closes in on itself to look like a very small bird's nest) 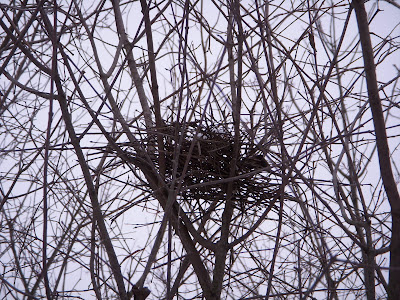 (Photo: some bird's nest beginning that was never completed last year, or maybe even a complete but flimsy nest, or perhaps what is left after nature has taken its toll on the structure - this is in a shrub of some kind approximately 8-10 feet from the ground right next to a trail) 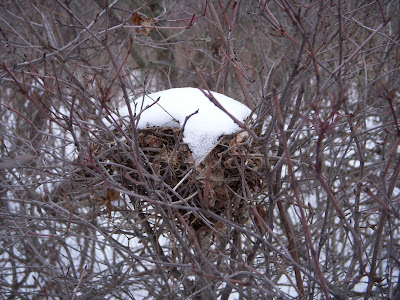 (Photo: Very well structured bird nest - there were two of these very close to each other that looked practically identical - these two nests were in some dense second growth 4-5 feet from the ground) 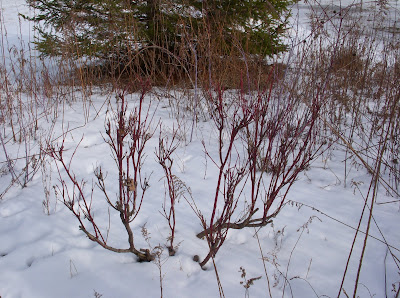 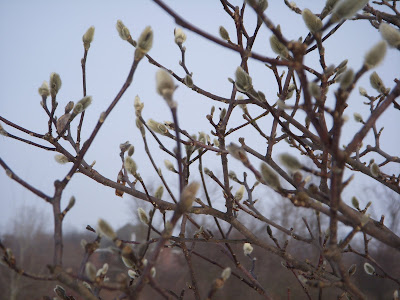 (Photo: Fuzzy buds on what I believe is a magnolia - I don't remember seeing them a week ago!)


Large flocks of robins are roaming my neighborhood, chuckling and chortling but not singing yet, Carolina wrens can be heard singing nearly every day, tufted titmice are calling and singing their hearts out from the tops of trees, and cardinals will begin singing to establish mating territories very soon (I start listening for their songs in mid-late January, often hearing them for the first time of the year right on Martin Luther King's birthday). In addition, the days are already noticeably longer and brighter as we move farther and farther away from the winter solstice.

I needed a break from the inside messes to step outside to observe how the seasons are progressing, both enjoying winter and looking for glimpses of spring, too.

All this now seems even more beautiful tonight while finishing up the writing for this post than when I took the photos early this afternoon. Why? A good friend just sent an email telling me that a another good friend we both knew from our Madison days in married student housing (but had each lost touch with) died recently after a short 4-month battle with cancer - sigh and sob..........

Enjoy winter, each and every day, while also looking for spring. I count my lucky stars that I still have the opportunity to do so.

Cultivate your life - you are what you grow, inch by inch and row by row,

Yesterday I spent an afternoon in the country at my Mom's place. I, too, saw & photographed signs of the season to come, including fuzzy buds (magnolia?) & red branches (dogwood?).

I truly felt blessed not only to experience nature's dependable cycle, but also to be safe, dry & relatively warm and know that all those dearest to me are in good health.

I'm so sorry to hear about the passing of your friend. That is so hard. It has been such a terrible week, on a personal & global scale.

Thank you for your words & images on this blog: that we live best when it's inch by inch, row by row, in the here and now -- that is, patiently, hopefully, mindfully, and gratefully.